Oh, Great, I Like Another Band That Typically Appeals to Teen Girls 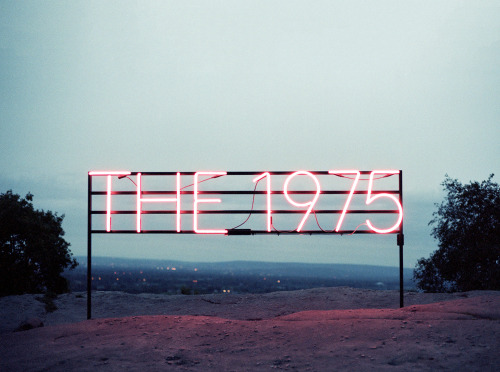 Why!?!?! Why did I happen in A.K.’s office on Friday and why did the conversation get hijacked and turn towards my juvenile taste in music? Why, when I talked about Weezer and their upcoming tour, did it somehow take a detour and I found myself saying, “Weezer is touring with Panic At the Disco, and I’m a big fan of them, too?” At that confession, I should’ve been laughed at, but instead, A.K. says, “oh, Panic’s good. I forgot …you’re into those emo bands.”

But you don’t have to be a kid to like them: the 1975 were a band I expected to hate when I first heard that album.

If this is the album (their second album being released next monty) that determines whether the 1975 become U2 or Big Country, they’ve staked everything on the former outcome.

We took a road trip over the weekend and, well, I fell in love. To me, The 1975 is a little bit FOB, a little bit Duran Duran, and emo and glam and fun and brooding. Oh. They’re perfect. When they come the U.S., eventually, Taylor Swift is going to make sure you know about them and that you’ll like them, and I’ll greet them at the airport while holding a hand-painted sign.

Category: Things I LoveTags: duran duran, fall out boy, panic at the disco, the 1975