Posted on January 2, 2019 by donkowalewski

Just write it. Just say it. Just do it. Below is a hastily written story I posted to Facebook on January 1st as my mission statement for 2019 and my reflection on 2018. Guess what? I see quite a few mistakes and parts I wish I could re-write. Hmmmm …maybe I shouldn’t have posted it until it was perfect. Maybe I should’ve slept on it another night. Maybe I should’ve asked my wife to read it and edit. Maybe I should’ve written it in my journal and revisited it in a month. You know? Once I had a chance to sleep on it. Maybe it’s self-serving and I’m only posting it for Facebook Likes and to feed my ego and while, yes, I will get some Facebook Likes, maybe those people will simply be polite and maybe those people ‘Like’ everything on Facebook all the time. And what aobut the 300+ of my Facebook Friends who will not ‘Like’ or ‘Comment’? Are they sitting, looking at their phones, rolling their eyes at yet another emotional Facebook post about 2018 turning into 2019. Maybe people see the post and are thinking, “who the f’ cares, Don?!?!?” And maybe those people are right? Who does care? Haven’t I already posted enough on social media about my friend Matt and who is this story and post for, anyway? Nope. Don. Don’t post it. It’s self-serving and it sucks and nobody cares. Save it for your next StorySLAM and tell it as a story to a room full of strangers. I can fool those people into thinking I’m sincere and I can arrange the story in just such a way that it’s powerful and I might win. But, Don …seriously. Who do you think you are? What gives you the right to post sappy stuff like this story about corned beef and Matt and, shit, what if I’m remembering it differently than it actually happened and Jen, Kathy, and my Dad call “bullshit” on it? I mean, yes, this is how I remember it and how I’ve told the story a few times over the years, but I’m a professional bullshit artist. Nope. Don’t post it. Ever. I’ve said enough. I need to stop talking so much. I’m just one of 100,000 Bloggers saying nothing about everything. Don! Get. Over. Yourself.

And guess what? I posted this and heard from people in the Comments section of the post, by text, by phone call, and by private Messenger on Facebook that it moved them. I can’t tell you how great that makes me feel. Because guess what else? I didn’t write it for my own ego and for ‘Likes’ on Comments. I wrote it because it’s a fun memory I have with my friend Matt and his wife. It involved my wife, and my Dad, and a little bit of my Mom (well, her kitchen, at least). This can be re-written quite easy to add a little more flavor (pun!!!!). And now that I have pulled it from my memory banks, maybe Jen will tell her daughters about it or maybe I’ll be able to tell them about it someday and they can have another memory of their Dad, Matt, to have forever.

So glad I posted it. So glad I ignored my inner-dialog. Here’s to 2019 and you ignoring your inner-critic. 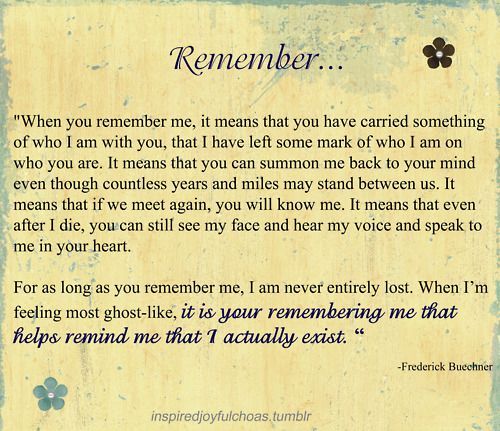 When my college friends and I were first out of college and going back to MSU for football games, all of our tailgates had themes based on MSU’s opponent. Like when we played Wisconsin, a tailgate would be cheese themed. When we played Northwestern, it would be Chicago dogs.

One year when Michigan State played Notre Dame, Matt Bair and I said we would prepare a corned beef.

So Matt and Jen (his girlfriend or fiancé at the time, I can’t recall), and my wife Kathy and I, we went to Grand Rapids to my parent’s house with the idea we’d use my Mom’s kitchen, all her pots and pans, to prepare everything. Logistically it made sense to do this in West Michigan instead of where we all lived in the Detroit area. Just trust me.

Having never made corned beef, Matt and I didn’t realize how much time is needed to boil a corned beef. Boiling and cooking began very late. Having traveled for three hours to get to my parent’s house, it was 11 o’clock before the corned beef hit the pot. Matt and I had chosen a very large corned beef and estimated it needed 5 hours of boiling to be right.

Here’s the rest of the math …tailgate morning wake-up call is at 6:00 a.m. to drive the hour to MSU’s campus and coordinate with our friends and their cars. It’s important all of us arrived at the same time so all cars would be parked together and especially for us because we had the main course.

Our wives would play along and act excited about it, but wives would not be required to do anything more than wake up, shower, and not murder Matt and I while we lovingly begged them to hustle.

Matt volunteered to stay up all night watching our boiling beef and Kathy, Jen, and I could all sleep. He’d sleep on the car ride. So brave, young Matt.

I remember waking up around 3:00 a.m. and smelling smoke and hearing my Dad’s voice and I bolted down the stairs to see my Dad and Matt fanning smoke out all the open windows and doors in my parent’s kitchen.

Matt had fallen asleep, the water all boiled out of the pot, and the corned beef burned in the pot. It appeared to be ruined.

Maybe this was the beginning of Matt’s next 20 years of masterful cooking. Maybe he vowed that day to never disappoint anyone again who would ever count on him for a meal.

Taking his direction, we cut off the burnt, inedible parts of the corned beef and salvaged what we could. We boiled what we could save until the very last minute before we had to leave for East Lansing shortly after 6:00 a.m.

We made it to tailgate and everyone loved the corned beef.

2018 will be remembered as the year I lost my friend Matt. At his funeral(s), everyone talked about the fabulous dinners he would prepare. He was magic in the kitchen and enjoyed hosting a dinner party. Nobody had a story of a bad meal. The stories were all about him being a wizard in the kitchen and the perfect host.

Matt passed away in 2018, maybe 20 years since the corned beef incident (give or take a few years)

Losing Matt was the burnt, inedible part of 2018. But I’m not going to throw out the entire year. Matt wouldn’t want that.

Like we didn’t throw away the entire corned beef, and we salvaged what we could, I’m determined to salvage what I can from 2018.

I had Matt’s friendship. I have many many blessings I need to be grateful for every day. I’ll never forget the burnt corned beef and how it stunk, and I’ll never forget my shock when I learned Matt died. That stunk, too.

But I will keep enjoying the good parts of life (and corned beef from time to time).