Things I Do: Coach Soccer

Posted on September 21, 2011 by donkowalewski 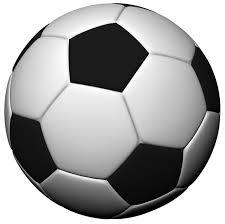 The fall season is underway and my 3rd Grade girls team is 1-1 while my 1st Grade boys team is 0-2 (including a 9-0 drubbing this past weekend). Score shouldn’t matter. It’s a recreational youth league. Right? The primary goal is for all the kids to have some fun, run around and get some exercise, and if along the way some kid falls in love with soccer and becomes a soccer star, so be it. Truly …that’s the goal. It’s my goal. Team are comprised of any kid who wants to play. Any kid, at any age and of any skill level can sign up and play, and I’m glad there’s a rec league that caters to that.

My goal, in fact, is that my kids enjoy practice as much, if not more, than games.

However …it’s human nature. We all keep score. It was true for my Kindergartener’s tee-ball in the summer, and it’s the same for soccer. When a team loses, and especially 9-0, it doesn’t go unnoticed …by anyone. Luckily, I’ve never seen 6-year-olds play soccer like the team we played this past Saturday, and even the opposing coach shrugged his shoulders after the game when I complimented his team and a few of his players and he said, “I know …I’ve never seen anything like it …these boys could beat my 4th Grade daughter’s team.” You should’ve seen these 6-year-olds. Passing …spacing …relentless attacking and they had moves. This one kid did a spin move and a step-over!!!

I’m mostly concerned with trying to teach my boys which direction to run, and this kid’s doing step-over spin moves.

Needless to say, this is still going to be a super fun season for my 1st graders.

My third grade girls won Sunday, and I’m really glad for them. Once again, this is a rec league so score and wins/losses aren’t the main focus, and that’s never my focus …but I have a group of girls that work so hard, it’s nice to see their efforts rewarded. Also, as the guy who raised his hand and said, “I can coach. Soccer is my sport. I played it my whole life. I love soccer. Soccer is da bomb” …as the guy who said that (I may or may not have said “soccer is da bomb”) it’s also nice to see them have success and get a win because it validates my coaching …just a touch …and rewards their hard work (we practiced for an hour in the pouring rain last Wednesday and not a single girl complained).

Turns out, and the season will tell me if this is true or not, that I never taught the girls to score. When I played soccer, I played defense. I have a knack for bothering people, so it was a perfect spot for me. And, I lacked that little part of the brain that makes great scorers. I think some of it is instinctive. There are just some people who, when they hear the word “go”, they charge like a bull …screaming and yelling and throwing caution to the wind. These people are the goal scorers. Then there are people who, when they hear the word “go”, start a little slower. They want to think things through. And I think these people make great defenders. On defense, there’s quite a bit of observation that takes place. Analysis of the opposition. Defenders react to situations and learn what all the situations look like. Defenders thrive on some structure and systems. Forwards embrace the mayhem. Forwards and goal scorers only need to know one thing …”What is the end result I want? Ball inside that net? OK. ROOOOOOAAAAAR!” And off they go, with reckless abandon, and those goal scorers are of the mindset, hey, they’ll just adjust on the fly and eventually it will all work out.

What I’m saying is …I’m over analyzing this (defender). What I’m also saying is, I now have a theory that I’ll use to teach the girls scoring and show them how to get into better scoring positions and hopefully I’ll identify those goal-scorer types that thrive on chaos, and teach them how to best manage chaos and, hence, score goals.

And then I’ll write a best-seller business and sales book based on these theories.

This was all a long way of saying that I love soccer, I love coaching soccer, and the season has “kicked off.” Ha! Puns. Love them.

Thanks for reading and if you need me, I’ll be revolutionizing the soccer world.

← Lung Stuff: I Have Bronchiectasis
Things I Do: Ghost Write →